Healing under the radar

Perhaps it’s no wonder that Tangimoana Habib (Ngāti Tūwharetoa) shies away from the limelight when her formative years were so shaped by it. As the daughter of prominent Māori-Lebanese writer and activist, Rowley Habib, Tangimoana’s childhood was what she deems ‘interesting,’ involving attending writers’ conferences up and down the motu, rubbing shoulders with the founding royalty of the first Māori writers’ movement and playing games with the other kids during landmark movements, like Bastion Point.

“We’d be running around while the adults did their thing. We were just kids. We’d go off in the bus and have an adventure.”

These adventures meant that Tangimoana’s father was often called away, leaving Tangimoana’s mother, Deirdre (of Scottish and English descent) as the pou of the whānau. The pull of Wellington as a mecca for writers meant a move from Taupō, to the then rather gentrified, very Pakeha, Te Whanganui-a-Tara (Wellington) suburb of Eastbourne. Although the move created a rapid change of pace, it also highlighted Tangimoana’s academic capabilities and began her pathway towards medicine as a career.

“I did well at school and if you did well, medical school was the goal. My mother was a teacher, my father a writer, so I didn’t have a scientific background at all. Although my grandfather had been a physicist, so perhaps there was something in the genes. I fell into it.”

Although Tangimoana’s career has primarily been based in Aotearoa and, in particular, focused on treating tangata whenua, she spent one year during the 1990s working for the Aboriginal Health Service in Perth. The experience was eye-opening, shocking and exhausting. “You would get moments of hope, thank goodness, but it could be very gruelling. The people didn’t have any voice. In Māoridom there are a lot of strong voices.”

A clear memory of the time was when Tangimoana was called upon to do a health check on two boys who were under the court system. “I had the privilege of going to the rabbit fence to see these boys. An amazing Aboriginal couple had set up a camp and would mentor young people. After driving off into the middle of nowhere, with wallabies and kangaroos bouncing along the road, we came to this wonderful camp with these young people, where they were taught bush skills and craft. It was a really special experience.”

Seeing how an indigenous people were suffering so much in Australia only worked to make Tangimoana more determined to work with Māori when she returned to Aotearoa. “I started doing some locums but nothing was the right fit. I found out that there was a Māori health provider in Kirikiriroa (Hamilton) and I just went along and asked if they were interested in me. That was Te Kōhao Health and I’ve been with them for over twenty years now. I’ve seen the organisation go from a tiny little whare, in an old kaumatua flat, and grow and grow to the five GP practice that it is today. It felt like the right place to be then, and it still does today.”

Tangimoana says that she still gets a kick out of seeing people come into the clinic, expecting to see white walls and rows of chairs, and finding beautiful artwork, tukutuku panels, and little surprises like birds hidden in murals on the ceiling. “Everyone feels safe. We’re on a marae – people can meet up on their way in.”

This centralisation and integration of services is part of Tangimoana’s vision for the future of Māori health. “It’s about the overall health and wellbeing of a person. We need self-determination, people taking control of their own narrative and their own goals. They can then take that out into their communities, to their whanau.” To achieve this, she says we need more flexible funding as the current health model is quite rigid. “we’re starting to see a bit more movement from organisations like ACC in terms of treatment that they will support. I personally get a lot of satisfaction with our iwi health workers and support workers.”

Dr Habib speaks of a kuia who was too whakamā to ask for help. Eventually her son sent an email on her behalf and, together with the iwi support worker, Tangimoana was able to visit the woman and tend to her needs. The iwi support worker could then stay on with her, ensuring that she got to and from hospital safely and that she was settled back into her home afterwards. “She didn’t want to bother anyone, but she was in desperate need of help. Funding these services is money really well spent, the funding just needs to be consistent. I see too many short-term contracts that are taken away just when they’re getting traction.”

During her career, Dr Habib has been involved in a number of committees, including the National Breastfeeding Committee and Waikato Child and Youth Mortality Committee. She has been involved with Te Akoranga a Māui for two decades, including as secretary for over half that time. She’s especially proud of the Māori Health Strategy He Ihu Waka, He Ihu Whenua, He Ihu Tangata which addressed issues of equity and worked with GPs to create strategies to embed equity with Māori patients into their practice. She has also completed a degree in Social Anthropology and Development Studies via Massey University, driven by her love of learning about people and their place in the world.

Tangimoana was also instrumental on the Abortion Supervisory Committee for over seven years, saying that seeing abortion removed from the crimes act during this time as “really exciting. It felt like a little piece of history was happening.”

Although Dr Habib avoids the limelight, her work has cast her as one of the most trusted and valued voices in healthcare, especially Māori healthcare and treatment and care of women and children. 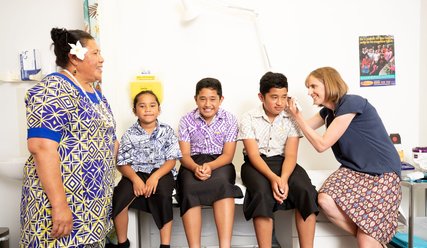 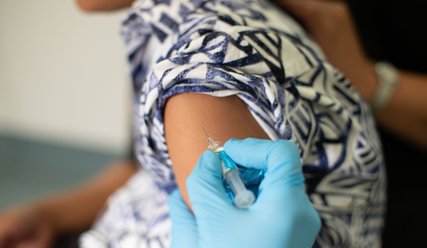 Prioritising Māori and Pasifika for vaccination will save lives