Dr Jared Green was appointed to the role of clinical lead for the Division of Rural Hospital Medicine (DRHM) in September 2021 and brings to the role a mixed bag of specialties. He has physician and rural hospital medicine training and is also an infectious diseases specialist.

Jared works in a similar capacity in General and Acute Care Medicine for the Royal Australasian College of Physicians and it’s his unique combination of experiences and perspectives that make him an asset to the DRHM.

Jared studied medicine at The University of Auckland, as well as a Bachelor of Arts, in Spanish and English. He put his Spanish to good use as a young doctor when he spent three months on a placement in El Salvador. He has also worked at a remote hospital in Alice Springs (Mparntwe), volunteered for the Pacific Leprosy Foundation, and spent a couple of years in Melbourne, before settling back in New Zealand. He has held teaching positions, both as a lecturer on Microbiology, and as a tutor in the Department of General Practice and Rural Health at the University of Otago. And last year, worked as a senior clinical advisor on the Ministry of Health’s COVID-19 vaccination programme team, advocating for equitable access to the vaccine for rural communities.

Jared has some clear motivations and direction regarding his new position within the DRHM.

“I want to bring good governance, pragmatic trainee advocacy and troubleshooting. I’m excited about the opportunity to influence change. The rural division is in a transitional stage and it’s a great time to be involved in the evolution of the scheme.”

Jared grew up in Taupō and after graduating from medical school he sought out placements in smaller hospitals where he could be closer to his family. Harking back to his roots, Jared spent time in Tolaga Bay, in the Gisborne region where his father was from, and Taranaki where his mother is from. It was at Hawera Hospital in Taranaki that his rural hospital journey really started.

During his 18-month stint there, he worked in the in-patient unit looking after a variety of acute medical conditions and rehabilitation cases and in a combined emergency department/short stay role. This stoked an interest in equity issues that informed many subsequent steps in Jared’s career development.

A lot of Jared’s passions have stemmed from the people who inspired him early in his career. Dr Kingsley Logan, a general physician who worked in Taupō, is one of those people. Jared met Kingsley while on a surgical placement and the doctor quickly became his mentor, filling his iPod with educational and funny content.

“Getting to know Kingsley, made me think that that later in life I would like to be that helpful. I thought that doing his kind of job would be really cool.  I wanted to go against the metropolitan privilege and be able to make positive contributions to the health of people who don’t live in big places. I don’t see why the peripheries should suffer.”

It was around the time he met Kingsley that the rural hospital generalist programme was kicking off in New Zealand and it was a natural progression for Jared to take that path.

“What I like about generalist practice, is the good grounding and dose of humility, problem solving and overcoming resourcing challenges. Now I get the best of both worlds because I work rurally with patients but also, in my role as clinical lead, help guide the education delivery for new rural hospital doctors. Streamlining the training experience for those hoping to concurrently train in general practice (or other specialties) and rural hospital medicine has become a key focus, with the vision of supporting an adaptable and user-friendly training experience to reflect the diverse and evolving needs of rural health in Aotearoa.” 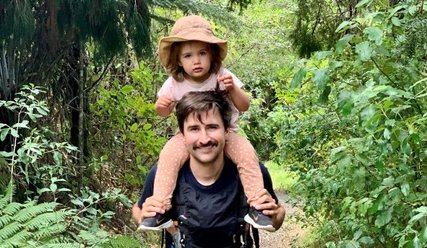 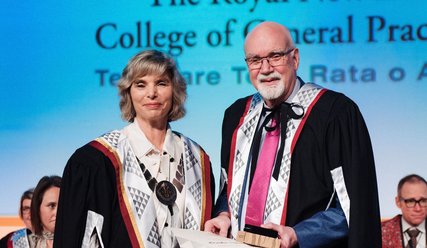 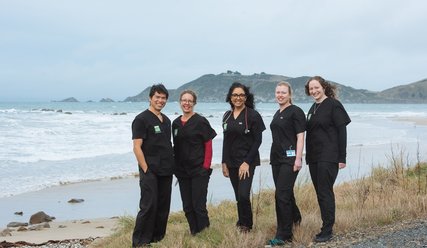